The lines are falling into pleasant places for multi-talented and award-winning Nigerian Afrofusion Superstar, Burna Boy, one month after the release of his wildly anticipated fifth studio album, Twice As Tall. The extensively acclaimed album, released on August 14, 2020, has so far, received massive international acclaim and appreciation for its innovation, its Africanness, and most especially, its authenticity. 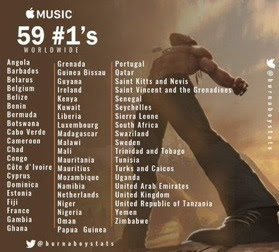 One may not be surprised by the numbers, one month after the release of Twice As Tall as the successful Afrofusion star has been involved in a lot of appearances for the promotion of his fifth studio submission. He secured a digital cover for GQ Hype magazine, Burna Boy also appeared on the Tonight Show starring Jimmy Fallon, performing one of the hit singles Wonderful from the album, Vogue’s 24 hours with, and an in-depth interview with Chuck Arnold of the New York Times, among other outstanding features. 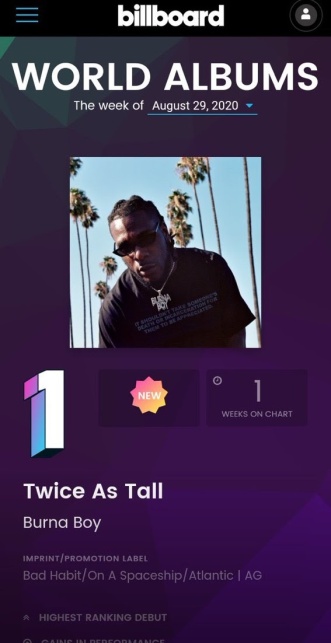 The Twice As Tall album has also been reviewed on many fronts; America’s Wall Street Journal‘s perception was: “Twice as Tall by Burna Boy is a Crossover Without Compromise. The Nigerian artist brings in prominent American talent for his fifth record, but stays true to his Afrobeats style.” The Chicago Reader agrees when it says: “The personal and spiritual growth doesn’t stop in Burna Boy’s Twice as Tall.”