Following the announcement of the debut of his son’s face for the first time, Nigerian award-winning singer, Davido makes true that promise with the use of his son as the official cover art for his forthcoming album A Better Time.

The unveiling of Ifeanyi, release of album cover art and tracklist was done on social media on the 11th of November where the DMW/30BG boss talked about how eventful the year 2020 has been but despite all the topsy turvy, he had found memorable moments with both humans and creative form and that is what he will be sharing with the world in A Better Time. 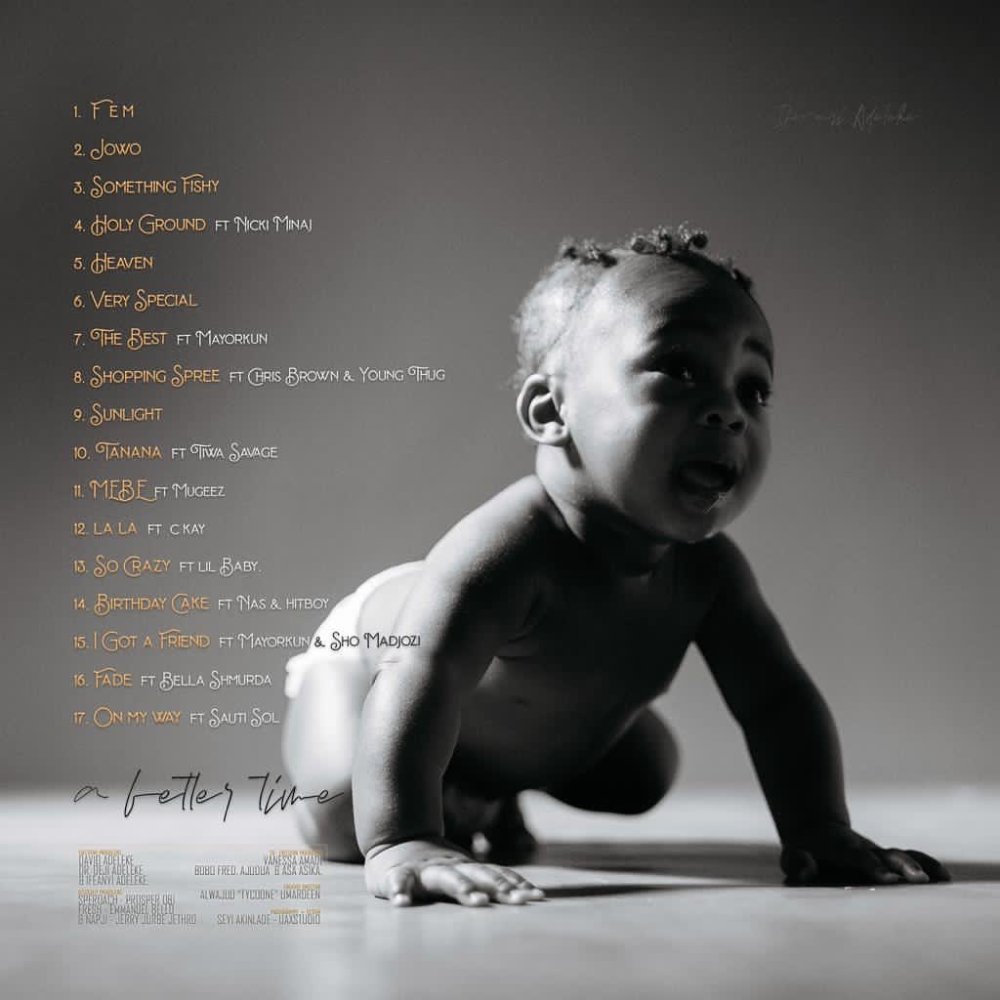 The album according to the tracklist is a 17 track star-studded album with big names like Nicki Minaj, Tiwa Savage, Lil Baby, Nas, Young Thug and many others.

This year we’ve been through crazy times. And through it all, we’ve all had to look inwards to find hopes of better times ahead. I found a few. In human and creative form. I’m so glad I can finally share them with you. I present ‘A Better Time’ out 13/11/20 00:00!

He went on to thank the artistes who worked with him on this project via Instagram, where he wrote;