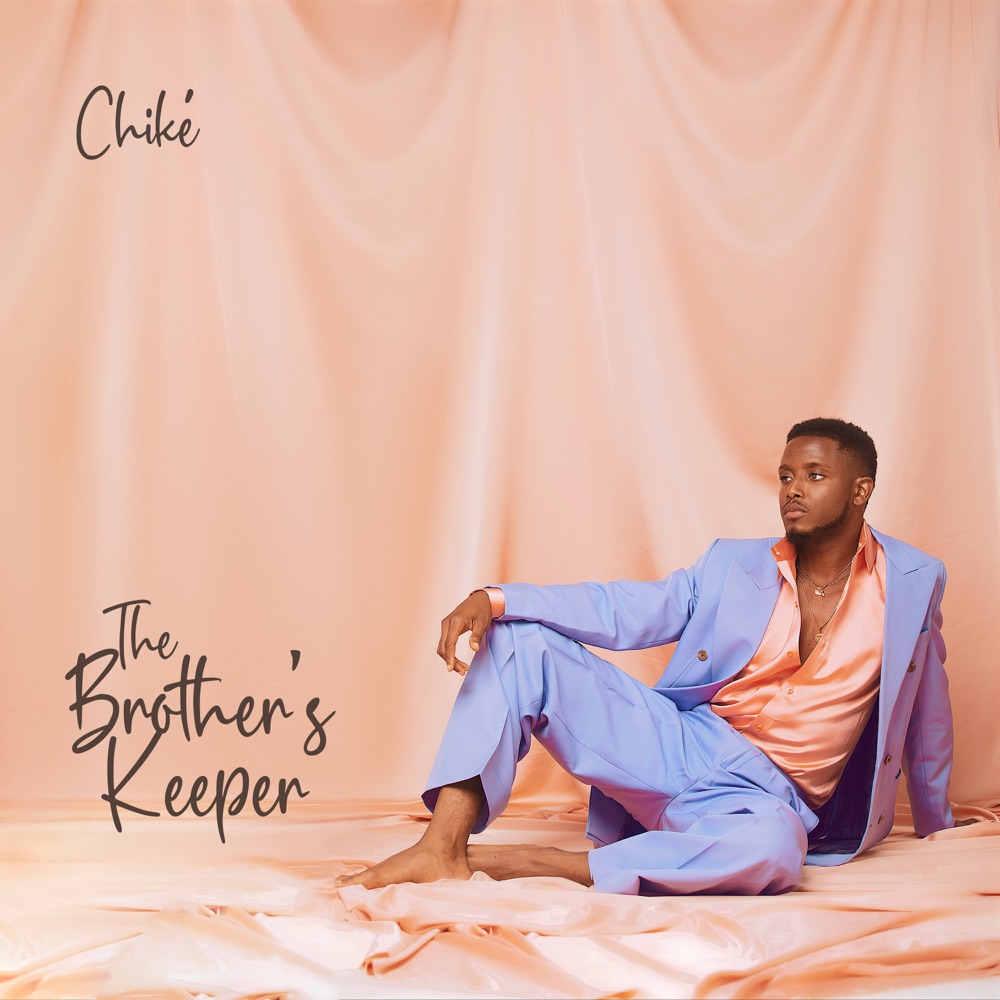 A sequel to the critically acclaimed Boo of The Booless LP, The Brother’s Keeper by Chike includes guest appearances by Flavour, Ycee, and Azana.

Chike’s sophomore album The Brother’s Keeper is a reflection of life after the success of his acclaimed debut album Boo of the Booless and the single Running (To You). Post his debut, the singer is trusted to be a beacon of hope, a lover, a carer, a provider, a friend, and a brother to those that stand behind him, and everyone around him.

He reflects on the journey thus far, basks and sails in the present but is weary of an uncertain future. Speaking of being a Brother Keeper, Chike highlighted instances of fellow artistes Simi and Mayorkun showing up for him, African music royal Flavour collaborating on the album, and urged everyone to strive to be one, whether boy or girl, man or woman.

The oldest song on the set was written about 4 years ago, and the last song was finished in July of 2022, so recording the album was a tough and emotional phase for the singer as he had to tell his story with his heart on his sleeve amidst touring, self, and societal induced pressure. To A&R the album, Chike re-enlisted Ogaga Sakpaide and producers – DeeYasso, TY Mix, Killertunes, Echo the Guru, Louddaaa, Sagzy Afroshii, Lord Sky and Masterkraft.

A tale of lamba – “I feel like I live on the moon, I feel like I’m touching the sky…” These are the opening lines of the album. An ecstatic Chike glides and soars over a lush thumping Amapiono instrumentation and rejoices in an infectious manner, ignited by the streams of fulfilled dreams and conquered quests.

A tale of love – Spell, Tell Am, Hard to Find, and Winner are sonic audacious, adventurous, and timeless numbers of wild romance, and loving love. On the Pan-African anthem, My Africa featuring South African diva Azana, the duo sings about continental love that knows no borders and boundaries. Love is toxic on Bad, frail on Zamo, and sour on the R&B gem You Deserve featuring YCee.

A tale of liberation – a monumental moment in this journey is Pour Me a Drink, a tired Chike turns to a drink to save him from himself, from toxic love, from society, stress, pressure, and doubt, by seeking liberation with alcohol he ultimately finds freedom on Enough, a guitar-driven folk number about self-realization and self-awareness despite being beaten down by the toxicity of love and life. “I’m enough, One day you’ll see that I’m enough, I hope you realize that I’m enough..,” Chike moodily sings with his soulful voice and ascends to a triumph climax and transitions into an empowering dancehall-pop fest with Moving On.

A tale of life, loss, and lamentations – The Brother’s Keeper has weighty dramatic and cinematic highs; the moans and pain birthed by the loss of a loved one surface on the choral Nothing Less, Nothing More, a towering heart-breaking power ballad. Betrayal and jealousy rise on God Only Knows, an R&B and trap fusion spectacle, about the ones he calls friends and let close having shady motives. He reflects on the joys of success after patience on Good Things yet begs that the future be bright on Please.

“At the end of the day, make something dey for me…” Just as Chike is the brother’s keeper, hopes that everyone bears the mantle and spread love, hope, and laughter.